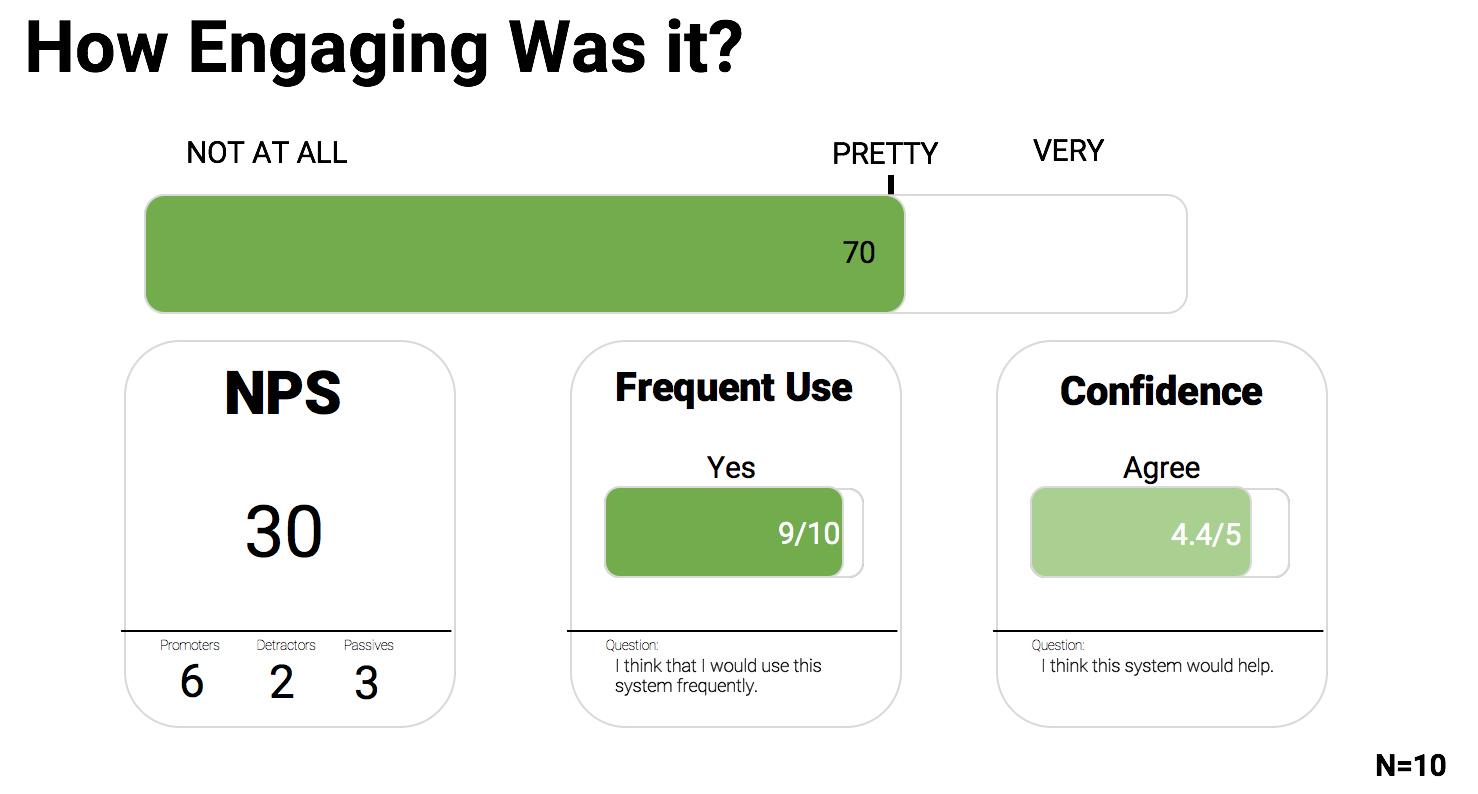 A product team wanted to understand which features were needed to build an engaging mobile learning game. 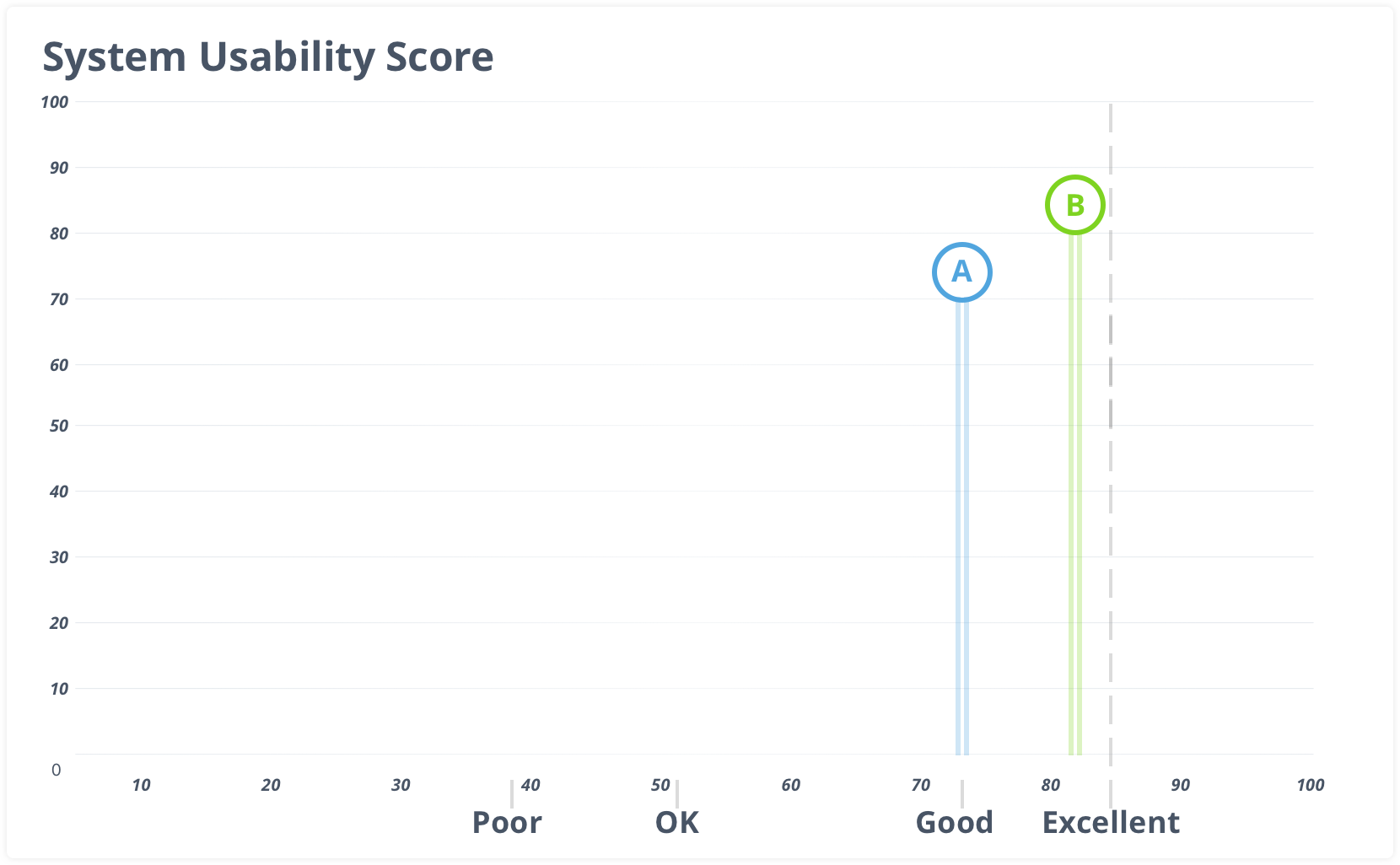 I implemented a system usability scale and built an engagement instrument to establish a baseline score for each. I worked with the product team to set a goal SUS and engagement score and phases for desired incremental improvements. After several experiments recruiting our target demographic we identified a good process with a healthy response rate and low cost. I started testing game builds in phases using combination of remote unmoderated and in-person moderated testing. I introduced the Kano model to identify priority game features ranked by importance.